The US SEC amendments and SAFT process 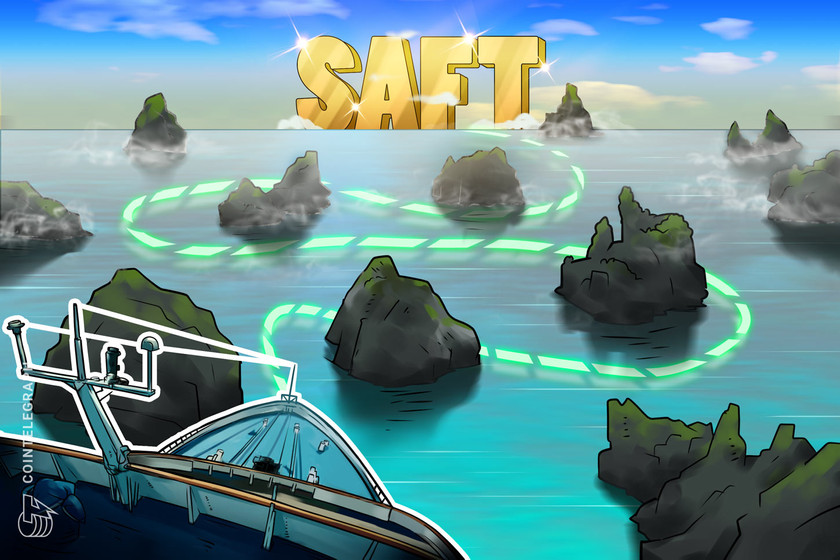 95% of Ripple’s customers are not from the US, CEO…

Earlier this year, the United States Securities and Exchange Commission — in both the SEC versus Telegram and SEC versus Kik cases — vigorously argued that sales of contractual rights to acquire tokens on a when-issued basis (widely referred to as Simple Agreements for Future Tokens, or SAFTs) should be integrated with later sales of the tokens. When the judges in those cases issued rulings agreeing with the SEC, it felt like a door was closing on the SAFT process, making it unworkable for future crypto offerings. Then, on Nov. 2, a divided SEC adopted a series of amendments to its rules that, among other things, dramatically limit the integration doctrine. These amendments may have opened a new door, potentially paving the way for a viable SAFT process.

Adopted as part of an effort to “harmonize and improve” what the Commission called a “patchwork” of exemptions from registration under the Securities Act of 1933, the amendments were originally presented as a concept release in June 2019 and a proposing release in March 2020. The hope of those supporting the initiative was to reduce “costly and unnecessary frictions and uncertainties” as well as add certainty “in the context of a more rational framework” to facilitate capital formation and benefit investors.

For crypto entrepreneurs in particular, there are a number of positive things included in the new rules, which are scheduled to go into effect 60 days after they are published in the Federal Register. Tier 2 offerings under Regulation A may be somewhat more attractive, as the cap on funds that can be raised has been increased from $50 million to $75 million. The extensive disclosures and requirement of qualification by the SEC have, however, not been changed.

The Regulation Crowdfunding fundraising cap has been increased from $1.07 million in any 12-month period to $5 million, but the extensive and on-going reporting requirements attached to this particular exemption are unlikely to make it attractive to many issuers. Rule 504 of Regulation D can now be used to raise $10 million rather than being capped at $5 million, but the limitations on advertising and the requirement that state laws must be complied with make this option relatively unattractive as well. The biggest potential positive for those interested in issuing crypto assets would seem to be one of the new safe harbors against integration.

Before reviewing the new integration provisions, consider what integration means. At the risk of oversimplifying, integration is a legal doctrine which says all sales that are part of a “single offering” must comply with the requirements of that offering. In other words, if an offering is made under a particular exemption that is limited to accredited investors, an ostensibly separate sale to someone who is not accredited would destroy the exemption for all sales if it is integrated with (and therefore treated as part of) the initial offering.

In both the Telegram and Kik cases, the SEC successfully convinced the court that the sales of the contractual rights should be treated as part of a single scheme to distribute the eventual tokens. Because the token sales were not conducted (or planned) in such a way that they met the requirements of the original sales of contract rights, the entire offering was found to violate securities laws.

The amendments announced by the SEC on Nov. 2, 2020 include four “safe harbors” against integration. As amended, Rule 152(b) states:

“[N]o integration analysis under paragraph (a) of this section is required, if any of the following nonexclusive safe harbors apply.”

The first listed possibility would seem to be the most significant for crypto entrepreneurs. It provides the following:

Although, there is an additional requirement if the initial sales involve general solicitation or advertising and the latter sales are made pursuant to an exemption that does not allow such communication. In this case, in order for the 30-day gap to be effective, the issuer must have a reasonable belief that the original purchasers were not solicited with general advertisements, or if there was general solicitation, it was done to establish a substantive relationship between the purchaser and the issuer.

There are three other listed safe harbors, but they are narrower. One applies to distributions of securities in compliance with a bona fide compensation plan under Rule 701; the other applies if the second offering is registered with the SEC; and the last applies if the second offering is made pursuant to an exemption that allows general solicitation. The last could prove useful, but the typical approach of most crypto deals is to structure the final sales as being outside the scope of securities laws, rather than being made pursuant to a specific exemption.

What the new rules could have meant for the Telegram offering

In Telegram’s case, Telegram sold contractual rights to eventually acquire Grams (Telegram’s crypto asset) about 18 months prior to the planned launch of the tokens. The original sales (of the contractual right) were conducted pursuant to Rule 506(c) of Regulation D, which does permit general solicitation. The sales of the Grams (which never happened) were not supposed to be sales of securities at all. Could Telegram have availed itself of the new limitation on integration if it had been available at the time?

Telegram obviously could not have known of the terms of the exemption, so it did not preclude the SAFT purchasers from reselling their contractual rights. All of the purchasers represented that they were buying with investment intent and not for resale, but there were at least some purchasers who traded their SAFTs prior to the planned Grams launch date.

The SEC contended (and the court agreed) that this made the purchasers underwriters, which prevented the initial “offering” from ever closing. Thus, the SEC could have argued that the planned launch of the Grams did not take place more than 30 days after the end of the initial offering. Of course, had Telegram known that this safe harbor existed, it could have restricted transfer of contractual rights for a sufficient period of time.

In the actual case, the SEC and the court did not explicitly talk about integration. Instead, the focus was on whether the sale of the contractual rights and the Grams were all part of a single scheme. However, to give substance to the new safe harbors: If Telegram had carefully designed its process to ensure that the initial “offering” (including any resales) of the contractual rights closed and therefore ended for a period of time, thereby at least meeting the terms of the safe harbor, it seems like a different analysis would have been needed in order to find a violation of the securities laws. If the eventual token sales, for example, were found to be securities, the company would have needed an exemption before it could sell the Grams, but this was not part of the court’s finding.

What the new rules could have meant for the Kik offering

Kik was structured differently, with the launch of the Kin tokens scheduled a single day after the end of the SAFT distribution. However, Kik started its planning before the SEC had ever clearly articulated its intention to treat crypto assets as investment contracts under the Howey test. It certainly had no notice that a 30-day waiting period might have been sufficient to protect its two offerings from being integrated.

Of course, if the court had not integrated the sales in SEC versus Kik, it could have found that the Kin tokens were themselves securities and thus subject to the requirement that they be registered or sold in compliance with an exemption from registration. However, the court did not reach that issue, leaving open the possibility that a properly constructed SAFT distribution, where the second stage involves the sale of functional utility tokens, might indeed satisfy the requirements of federal securities laws.

The trick will be to make certain that there is a gap of at least 30 days before the launch of the token sales and the last sale or resale of the contractual rights.

Since the second stage of a SAFT offering does not involve reliance on an exemption that limits general solicitation, instead turning on a determination that the functional tokens are not securities, it should be possible to argue that the rationale and result of SEC versus Telegram and SEC versus Kik should not apply.

Carol Goforth is a university professor and the Clayton N. little professor of law at the University of Arkansas (Fayetteville) School of Law.

The opinions expressed are the author’s alone and do not necessarily reflect the views of the University or its affiliates. This article is for general information purposes and is not intended to be and should not be taken as legal advice.

US lawmakers seek to make stablecoins illegal without federal approval