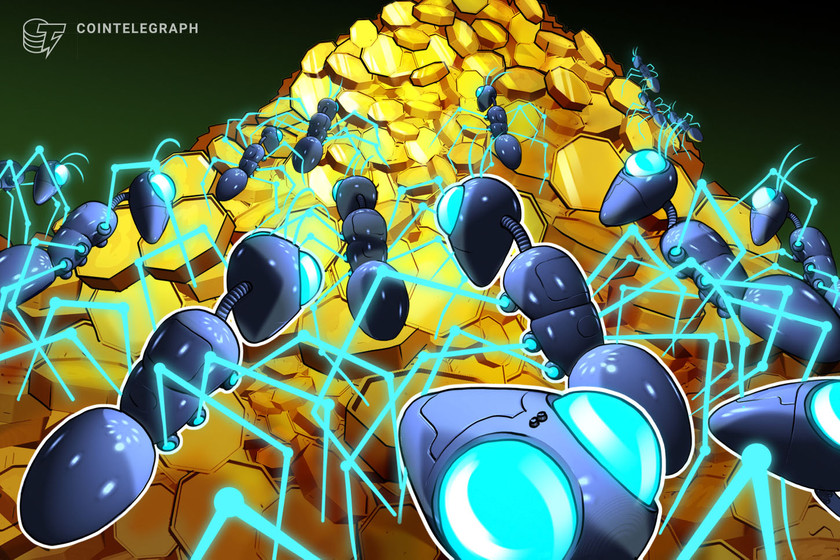 Kava, a DeFi-centric blockchain project built on the Cosmos SDK, has announced the concurrent release of Kava 5.1 and Hard Protocol V2, which marks the full launch of two-sided lending markets on the Kava blockchain. Unfortunately, the actual vote to implement it failed to reach the required quorum, pushing back the launch by at least a week.

The Kava 5.1 upgrade is a significant boost to performance over previous major versions, with the team claiming a ten-fold increase in throughput through “consensus enhancements.” The upgrade also carries improvements to the BEP3 relayer that acts as the connection to Binance Smart Chain, and other improvements to APIs and overall reliability.

The Kava 5.1 launch is bundled with Hard Protocol V2, Kava’s in-house lending protocol that works in a similar manner to Compound. The V2 enables borrowing of the assets supplied to the chain, making it a fully functional lending protocol. Coupled with Kava’s main DeFi app, a stablecoin protocol similar to Maker, the project would offer a full lending ecosystem within the Cosmos “internet of blockchains,” as soon as the proposal is activated.

The upgrade comes shortly after the release of Stargate, a comprehensive Cosmos upgrade that enabled the Inter Blockchain Communication protocol, or IBC, a key component of the Cosmos white paper. The Cosmos ecosystem is different from most other protocols due to its heterogeneity. Each project building on Cosmos is an independent blockchain powered by its own set of nodes, which distinguishes it from projects like Polkadot, where the parachains share a common set of validators.

IBC provides the communication overlay that makes it easy to maintain interoperability between all chains built on the Cosmos SDK, and to a lesser extent, with blockchains outside the ecosystem.

The Cosmos SDK is being used by a number of notable platforms, including Binance Chain, Terra and Secret. Binance Smart Chain uses a modified version of Ethereum, though it maintains close interoperability with the Cosmos-based Binance Chain. The separate implementation of the DeFi-centric Binance Smart Chain means that Kava’s release makes it the first full DeFi lending platform within Cosmos.

Kava and Hard focus heavily on cross-chain assets, notably Bitcoin (BTC), XRP and Binance Coin (BNB). The Kava platform is nonetheless different from most other DeFi environments, as it sacrifices decentralization by actively vetting projects who wish to build on its chain. The goal is to make it “an App Store” of curated DeFi DApps, Kava CEO Brian Kerr told Cointelegraph.

The proposal to activate Kava 5.1 failed to reach quorum despite having near universal agreement among the votes that were cast. However, abstaining can often be a more effective way of expressing dissent in certain circumstances. Kerr remained positive about the failure, saying:

“It’s the collective power of users that dictate when Kava can upgrade or make changes based on how they vote democratically. We can build great software all day at Kava Labs, but we need the Kava community to step up and be active participants, vote on what software upgrades they want, and ensure the evolution of the Kava blockchain continues.”

Updated on March 31, 18:50 UTC: A previous version of this article stated that the launch did occur, as per information provided by the Kava team at the time of publishing.