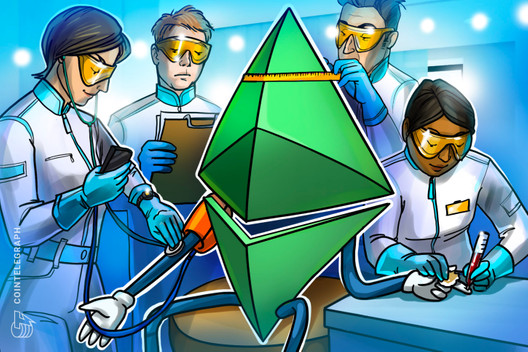 Ethereum Classic (ETC) has suffered a second 51% attack in less than one week, bringing the ongoing security of the network into question.

On August 6, Etherchain.org tweeted that its affiliated mining pool Ethermine had disabled ETC pool payouts after more than 4,000 blocks had been reorganized in the latest attack on Ethereum Classic.

It is not known if it is the same hacker or a copycat attack inspired by the first attack.

“ETC should just switch to proof of stake. Even given its risk-averse culture, at this point making the jump seems lower-risk than not making it.”

Despite the apparent vulnerability of the Ethereum Classic network, ETC is currently trading for $7.05 — a mere 1.5% slide over seven days.

Last week’s reorganization attack saw a hacker reap a more than 2,800% return on an investment of $192,000 in rented hash power from NiceHash — with the attacker double-spending 807,260 ETC worth $5.6 million into existence over less than 24 hours.

According to crypto51, 51% attacks can be initiated against Ethereum Classic using rented hash power from NiceHash for just $12,028 per hour, with the platform currently offering up 32% more hashing power than is required to initiate the attack.

Ethereum Classic is among 45 cryptocurrencies that are immediately vulnerable to 51% attacks using only hash power rented from NiceHash. ETC also suffered a 51% attack in early January of 2019.

After Ethereum, ‘next stop will be higher risk…