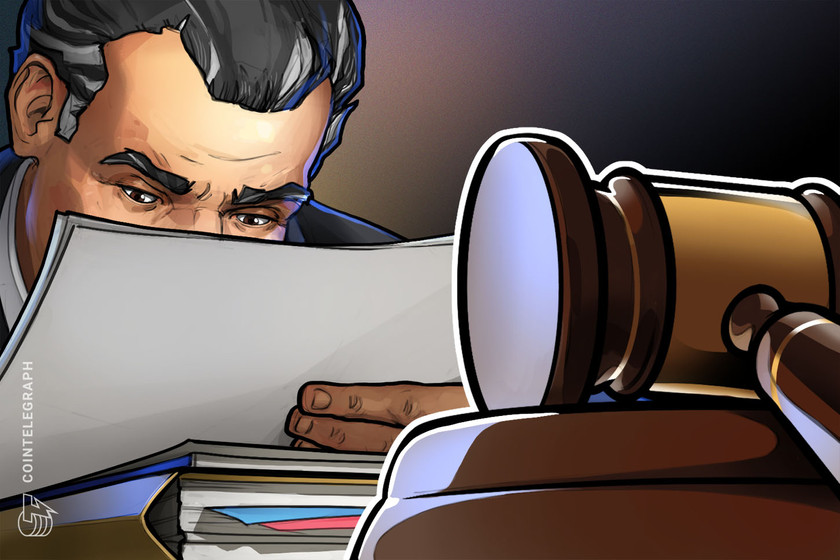 Dutch open-source blockchain software developer Jelurida has won its case in the Netherlands against Apollo Fintech for breach of copyright.

On Sept. 22, a Dutch court ruled against Apollo for cloning over 75% of its code from Jelurida’s Nxt (NXT) blockchain software code but failing to adhere to the developer’s Jelurida Public License (JPL). Alongside Nxt, Jelurida is also the developer of the Ardor blockchain.

JPL permits other developers to freely use and modify Jelurida’s code for the Nxt blockchain — but its terms stipulate that they must keep it in the “copyleft” spirit of open source and distribute their derived products under the conditions of the public license.

Apollo purportedly breached these conditions by replacing the JPL in its software with a proprietary license in Oct. 2019.

To win the case, Jelurida provided the court with evidence that “75.39% of Apollo code by lines is directly or indirectly dependent on NXT code.” Having proved this, the judge ruled that Apollo must fulfil its obligations under JPL within the territory of the Netherlands and must issue a recall of its products to all its clients in the Netherlands within seven days.

The fintech was also ordered to disclose information relating to the Apollo software it distributed, including sales prices, profit calculations, and the names of those involved in the software’s distribution within the Netherlands. Lastly, the company has to foot Jelurida’s legal bill of 38,781 euro ($45,470).

According to Jelurida, Apollo has now chosen to voluntarily drop a lawsuit its affiliates in the United States had attempted to initiate against Jelurida, alleging harassment.

However, speaking to Cointelegraph, Apollo CEO Stephen McCullah contended that the legal battle was far from over.

McCullah argued that Jelurida’s case was motivated by competition, and that Jelurida did not have the rights to change the terms of their license from open-source to a paid JPL. He also alleged that some of Nxt’s original developers were not aware that Jelurida was using Nxt.

Characterizing the Netherlands suit as “pointless,” McCullah claimed that Apollo had “added an open source license on top of [the JPL], which pertained to only our [Apollo’s] code additions. Their code was always 100% protected by their license.”

The CEO said that Apollo has not had any sales in the Netherlands that will be affected by the ruling. In the near future, he said Apollo will need to establish a special wallet for the Netherlands with the JPL displayed, “until we get our desired outcome to dissolve their rights and make it open source.”

Per McCullah, Apollo will pursue legal action in the U.S. where he believes the firm can get at least partial rights to NXT’s code.

“Our top priority is to get a judgment to remove Jelurida’s paid license, so that NXT can rightfully go back to being an open source project,” he said.

“One of the reasons to bring the Apollo case to court was to show once and for all that open source licenses are as valid and binding as commercial licenses. Some people believe that, when the source code is available, they can do anything they want with it, while in fact some open source licenses, and especially the ‘copyleft’ ones, have additional requirements.”

Acknowledging that some have argued against the proliferation of too many different types of open-source licenses, Jaffe said that the existing options “are not always the best fit.”

JPL, Yaffe said, “takes into account that today the value of a blockchain project is not only in the code, but in the unique blockchain instance and cryptocurrency token maintained by this project with its developers, community and holders,” all of whose interest is to “preserve and increase” the token’s value.

Whatever the eventual outcome of the two companies’ competing claims, the legal fight over license of the code appears set to continue.