How can DeFi projects avoid getting cloned and dying? 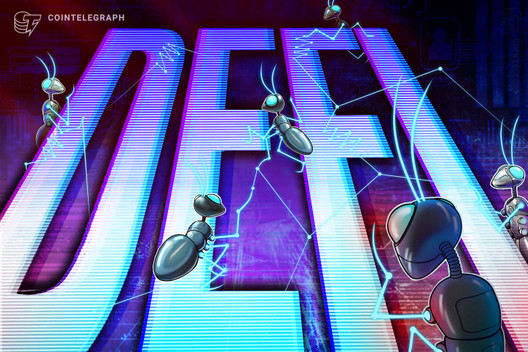 Crypto startup investor and IDEO Managing Director Ian Lee has revealed how DeFi protocols can avoid being cloned and drained of liquidity by improving upon their design and governance from the start.

When SushiSwap forked from Uniswap on Friday, August 28, it suggested the beginning of a wave of similarly cloned DeFi protocols due to their open-source natures. Projects that take years of research and development, undergo several security audits, and attract millions in seed funding can simply be cloned with little or no recourse.

In a blog on Substack, Lee said that by improving tokenomics and governance design, the protocol becomes more valuable. He also said that integrating into existing DeFi platforms and pre-planning upgrades to introduce better rewards and functionality and then rolling them straight out when a fork appears could also make existing protocols more resilient going forward.

He said today’s yield farmers want better rewards, a native token that increases in value over time, and protocol improvements that keeps the platform ahead of the competition. Give them that, and you can help ensure the longevity of your project.

It’s timely advice given that SushiSwap has managed to leach over a billion dollars in crypto collateral from Uniswap in just five days. It has done this by offering better rewards to yield farmers, in this case protocol ownership through SUSHI governance tokens which have also surged in price.

Uniswap was vulnerable because it does not have its own governance token yet and only offers a share of the 0.3% trading fee to its liquidity providers. According to the Sushiboard analytics platform, over 73% of Uniswap’s TVL (total value locked) has now moved over to SushiSwap.

Another primary difference is that Uniswap raised a significant amount of capital from VCs in a funding round whereas SushiSwap offers the rewards to its community owners. The venture capital funding model may need to be revised for future DeFi protocols.

But if you’re on the core team of a DeFi protocol and see someone trying to take over your patch, how should you respond? Framework Ventures co-founder, Vance Spencer, ran a Twitter poll giving three choices in the event of a forked protocol.

You see someone trying to fork your protocol

The majority of responses, over 70% at the time of writing, said they would embrace it rather than fight it or complain about it. Compound Finance CEO, Robert Leshner, agreed with the sentiment adding;

“Try to help them do it safely. Nobody wants a $100M+ DeFi disaster, and they’re forking the old stuff anyway.”

As DeFi evolves, forked protocols are going to be more commonplace so grudging acceptance could be the only answer.

The unluckiest DeFi protocol? A personal take on…

Anonymous devs behind a DeFi yield farm could steal…

DeFi season could be over as Bitcoin and Ether pack…

Stick a fork in it, you’re done

Bitcoin price will ‘bolt higher’ if…

Oct 25, 2020
Subscribe to our newsletter
Sign up here to get the latest news and updates delivered directly to your inbox.
You can unsubscribe at any time