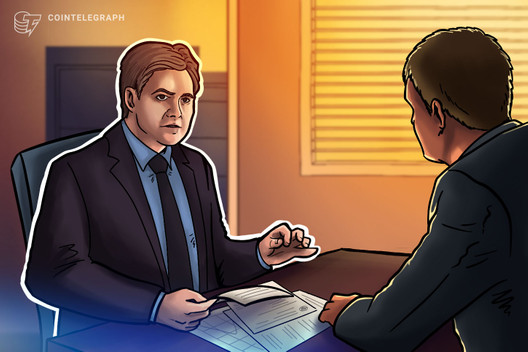 Craig Wright, a self-proclaimed Bitcoin (BTC) creator, is apparently not required to pay legal fees for a failed libel suit against the Twitter crypto enthusiast known as Hodlonaut.

In an Aug. 14 email to Cointelegraph, Wright’s legal representative argued that he is not obliged to pay legal costs in the defamation suit until the Norwegian Supreme Court considers an appeal.

The spokesperson said, “Craig has appealed to the Norwegian Supreme Court. Craig’s Norwegian lawyers say that there is no obligation on Craig to pay the costs until that appeal is dealt with.”

The new comments come in response to Hodlonaut claiming that Wright has been ignoring a court filing requiring him to pay legal fees within two weeks following a Jun. 8 court judgment. In an Aug. 13 tweet, Hodlonaut argued that Wright “has not paid a cent” out of $60,000 in two months after the judgement was made.

According to Hodlonaut, the Norwegian Court of Appeals denied an appeal to Wright earlier in June. The Twitter persona continued that Wright was obliged to pay “all costs for both District Court and Court of Appeals” in a tweet on June 8.

As previously reported, Hodlonaut is one of several crypto people targeted by Wright’s multiple defamation suits aiming to prove that he is the true creator of Bitcoin. Similar cases were brought against Ethereum co-founder Vitalik Buterin, early Bitcoin investor Roger Ver, and podcaster Peter McCormack.

The legal action against Hodlonaut was reportedly triggered by offensive tweets calling Wright a “very sad and pathetic scammer” and claiming that the Australian businessman was “clearly mentally ill.” Hodlonaut is also reportedly involved in the creation of the #CraigWrightIsAFraud hashtag.

In response to initial reports on Wright filing a libel suit against Hodlonaut, the crypto community announced a crowdfunding to help the Twitter crypto enthusiast “unfounded legal attacks.”

Blockchain​ entrepreneur Elizabeth Stark was apparently among the first crypto players to support Hodlonaut, announcing WeAreallHodlonaut.com crowdfunding website in April 2019. At the time of writing, the initiative has raised $32,430 worth of Bitcoin (BTC), blowing well past it’s initial goal of $20,000.

How or whether these funds have been applied to Hodlnaut’s legal costs remains uncertain, but the site claims “We hit our $20k goal but lawyers can get expensive so please keep it up with the donations.” It also features a link for a swag store, the proceeds of which purportedly go to the legal defence fund.

Chasing the hottest trends in crypto, the EU works to rein in stablecoins and…