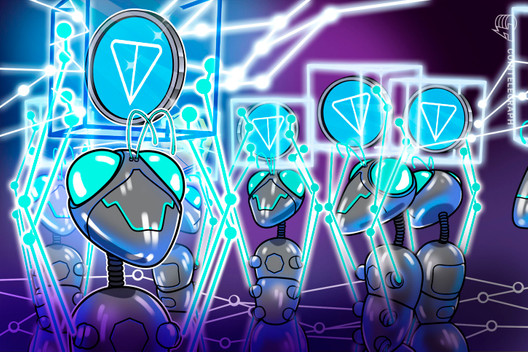 Commodity trading gets sweeter with blockchain-based…

Corporate disclosure is the only way to get crypto…

TONCommunity.org, one of the multiple spin-offs of Telegram’s unlaunched blockchain network, has announced that its tetsnet is now live.

After announcing plans for a separate TON network in late May, TONCommunity.org launched the testnet on July 28, the project’s founder Tooz Wu told Cointelegraph.

Official TON testnet to shut down by Aug. 1

Alongside the testnet launch, TONCommunity.org is holding an airdrop of mainnet tokens, known as “TONcoins.” The latest airdrop is available for all Telegram users and features 10 million TONcoins, Wu said.

Dubbed “testnet3,” the Chinese TON Community’s testnet poses itself as a continuation of the official TON testnet, which is often referred to as “testnet2.” As the official TON developer announced that their testnet will be shut down by Aug. 1, 2020, TONCommunity.org invited the community to join the new testnet as validators to continue using the network.

Originally established in China, TONCommunity.org has been going international since it was set up in May 2020. According to Wu, the project’s key members now include people from countries like China, Singapore and Russia.

Backed by the Chinese TON Community, TONCommunity.org is not the only successor to the TON official network. There are at least two other initiatives that decided to implement Telegram’s original open-source blockchain technology after Telegram had to terminate the project following an unsuccessful legal battle with United States regulators.

Prior to Telegram officially abandoning the TON project on May 12, the Free TON community launched the “Free TON Blockchain” on May 7. Cointelegraph also reported on a similar initiative known as NewTON. Free TON has recently distributed 1,342,000 Ton tokens  in a series of contests for developers and network validators.

Corporate disclosure is the only way to get crypto institutionalized

Corporate disclosure is the only way to get crypto institutionalized

Gold ‘breaking down’ against Bitcoin is highly bullish for BTC — Analyst

Commodity trading gets sweeter with blockchain-based…

Oct 25, 2020
Subscribe to our newsletter
Sign up here to get the latest news and updates delivered directly to your inbox.
You can unsubscribe at any time